The forced withdrawal of Larry Summers from the short list to succeed outgoing Chairman Bernanke clouds the policy future. It also gives encouragement to the market that whoever is chosen to lead the current cat-herding cavil at the FED will not be able to abruptly turn off the spigot of current monetary ease. Markets that worry about the present but strongly discount the future should be calmed because a continuing rise in the interest rate on 10 year bond has seemingly been moved to the back burner.

Definitive changes in Fed monetary policy have been delayed and basic directional questions over the balancing act that characterizes current Fed ambiguities have not been resolved by this withdrawal. Ambiguity is the bane of monetary experts who believe that setting forth a clearer, less contentious and more focused forward policy view is the key to a stronger resumption of economic growth. Unfortunately, the so far released list of possible contenders for the Chairman’s job does not seem to show a candidate of strong convictions likely to become a resolute leader of the Fed going forward. In the absence of clear economic (and perhaps foreign policy) guidance, too much is now up in the air for the business sector, let alone the 70% or so of private economic agents that make up the decision-core of the economy. “Where are we going, if anywhere” is the continued plaintive wail of private firms and households.

Bernanke’s consensus-driven collegiality was a sharp contrast to the decisive, albeit sometimes erroneous policy tilt of former Chairman Greenspan. Wedded to cleaning up the residue of a popped bubble, and neglectful of sharp upward moves in asset prices that preceded the bubble, the prevailing Greenspan obiter dictum left the Fed unprepared for the fallout from the last asset bust. Whether the Bernanke innovations will ultimately do the trick of moving the US economy to a strong growth performance is yet undetermined. Inflation is measuring far under target levels and unemployment and underemployment are still hot buttons for policy critics. Critics of those measures abound. Congressional mugwumps on both sides of the aisle have fettered the President’s clear preference for a new, strong willed Chairman. What is even more apparent is how badly the “independence” of the Fed has been fractured. The peanut gallery now has credence in the White House, particularly when armed with votes on confirmation.

Summers’ withdrawal comes during the anniversary week of the Lehman failure and the enormous efforts stretching over the past five years by the Fed and the Treasury to resuscitate the economy from the Great Recession. Fearless economic commentators, unwilling to wait for the verdict of history, have loudly argued over the efficacy of Fed measures to restore economic growth. Chairman Bernanke, for better or worse, was an inveterate inventor of untried methods to restore liquidity in credit markets and growth in the economy. So far, liquidity is abundant but growth is patchy. Bringing forth some sense of guidance for major financial institutions as to the rules of the road for a post Lehman world has not been a rousing success. That guidance problem won’t go away, despite Dodd-Frank and the continuing arguments over capital adequacy, appropriate trading rules for banks, and the primacy of leadership among the multitude of government regulators whose remit spans the day to day activities of every individual and institution in our current financial markets. In an era in which everyone is a self- proclaimed monetary expert, particularly those without the power to effect change, now feel empowered to joust, tilt and pontificate on desired policy changes. Forward policy uncertainty reigns supreme. We now have a virtual Tower of Babble in financial affairs.

The Fed’s balance sheet has expanded some nearly four times, while Commercial and Industrial Loans have grown only 45% since the “bottom.” C&I loans are barely 75% of what they were before the bust. Whatever the hopes the Fed might have had about QE, it is hard to think that Fed Governors feel a rousing sense of success in expanding the money supply! Some sense of order must be brought to this bubbling brook of contentious policy reform if economic growth is to resume. With this withdrawal, that day has now moved into an indefinite future as well.

Despite continued references to his acerbic management “style,” no one claimed that Summers would have been a weak-kneed leader at the Fed. Congressional fears that a strongly willed Chairman would have told the Congress to back off interfering with an independently run Fed no doubt led to the roadblocks that doomed his nomination. Yet, many analysts outside Government longed for clear guidance and definitive policy guidelines that Summers might have brought. Yogi Berra put it distinctly: “You’ve got to be very careful if you are not sure where you are going. You might not get there.” 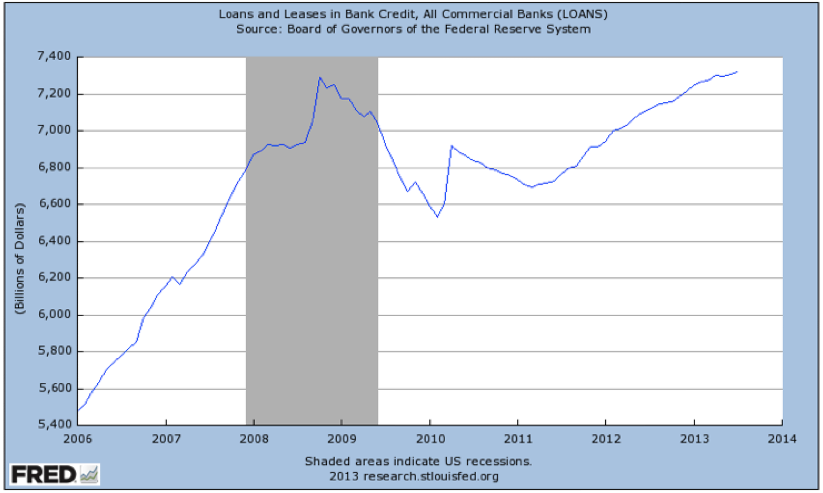